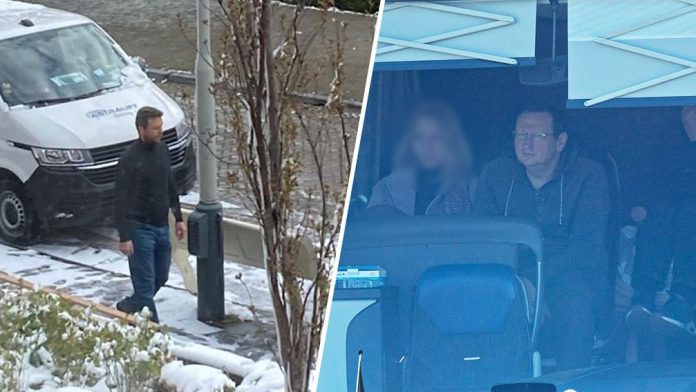 At least twenty Russian official covers – spies in diplomatic services – were still active in The Netherlands at the beginning of this year. Seventeen of them were deported in March. Unlike ordinary diplomats, the intelligence officers are hardly traceable on the Internet. They are not active on social media or stopped being active years ago. Several of their spouses can, however, be found online. Thanks to them, we know a little bit more about the lives of these official covers.

We also talked to sources in the intelligence world and submitted the list to the Dossier Center. The Center is an organization financed by Mikhail Khodorkovski, a Russian businessman in exile, with access to databases containing information leaked earlier about the training and background of Russian intelligence officers.

This is what we know.

Their business cards state that they work as attachés or secretaries with the Russian Embassy or the Consulate in The Hague or the commercial representation in Amsterdam. But their real employer is the GRU, the military intelligence service, or the SVR, the foreign intelligence service (one of the successors of the KGB).

Both agencies have more or less the same goal: collecting relevant political, economic or military intelligence. Most of them are expected to go out there and recruit sources. What they do, is kept secret from the regular Embassy staff, as well as from the employees of the other agency. Some of them do full-time spy work, while others have diplomatic duties as well.

Young attachés Kirill Matveev (30) and Aleksey Druzhin (33) held two of the most important positions within the Embassy. They worked in the referentura, the secured room at the villa on the Embassy premises, where they and their superior Sergey Pyatnitskiy (52) were among the few who had access. They were SVR encryption experts: they used encryption hardware to encrypt secret messages, send them to the SVR head office in Moscow, and decode the messages coming in from Moscow. The GRU had its own referentura at the villa, staffed by the attaché Oleg Korotkov (53).

These men were the only ones who had access to the keys necessary to encode messages. They saw everything that came in or went out. The work they did was so sensitive that encryption experts were not allowed to leave the Embassy premises unaccompanied, for fear that something might happen to them, or that they might come into contact with Western agencies.

According to sources in intelligence, Sergey Pyatnitskiy, the head of the referentura, was at the top of the list to be deported, followed by the other encryption experts. With encryption experts being deported from many Western European countries, it has become much more difficult for the SVR in Moscow to communicate with the spies who are still here – or so intelligence agencies in Western Europe think.

The fact that Pyatnitskiy is a spy was probably not very difficult to find out for the agencies. According to the Dossier Center, he is registered in Moscow at an address where, even during the Cold War, officers of the First Directorate of the KGB (now the SVR) used to live.

The Vice Consul Roman Nefedov (34) and his wife and two small children lived at a stone’s-throw from the Embassy. Just as the first secretary Aleksey Frolov (34), he has come from directorate VKR of the SVR. The KR-line is the department of counterintelligence. Nefedov’s and Frolov’s duties were to keep an eye on the Dutch intelligence services and, where possible, to recruit sources within those agencies. They also made sure that the other diplomats, including their GRU and SVR colleagues, remained true to the Moscow regime, and they monitored certain Russians in The Netherlands.

Part of Nefedov’s email address, which was linked to his Vkontakte profile, may already reveal his background: ‘psyopworld@..’, or: psychological operations. His job at the Consulate served him well: it gave him access to every visa application for Russia. The position of Vice Consul has most likely been filled by an SVR officer for years. The SVR and the GRU work with slot positions: they agree with the Russian Ministry of Foreign Affairs that certain positions surrounding the Embassy must always be filled by someone within their agency.

As first secretary, Frolov also had to perform ceremonial duties for the Embassy. For example, he can be seen in photographs at an award presentation at the Embassy or visiting the Zaans Museum. The Netherlands may not have been his first post. Social media pictures of his wife show the couple in China, Thailand, Pakistan, and the United Arab Emirates.

The attaché Maksim Matveev (29) and technician Pavel Nesterov (31) worked for two different technical directorates of the SVR. Nesterov was responsible for intercepting signals using satellite dishes on the roof of the villa – a classic form of espionage called ‘signal intelligence’. The directorate where he worked was also responsible for hacking. Maksim Matveev helped his colleagues get spy equipment, such as tapping devices and GPS trackers.

Shortly after their departure from The Netherlands, Matveev’s wife posted a poem on a poetry website. “Aircraft, suitcases. Little sense, lots of drama. It’s a pity, but life will not change”, she wrote.

Just as many other embassies in The Netherlands, the Russians had several diplomats to represent their country to the OPCW, the Organisation for the Prohibition of Chemical Weapons, based in The Hague. Three of the spies had credentials there, but they hardly showed up for sessions or conferences.

One of them, third secretary Stanislav Mokritskiy (39), worked for the KN line of the SVR, the department responsible for chemical and nuclear technology espionage. According to the Dossier Center, he had previously worked for a company that developed, among other things, microchips for the army.

Two years ago, two Russian spies had already been deported from The Netherlands because they were too active approaching possible suppliers of microchips. Last week, it was revealed that a Dutch man had been arrested by the Dutch Fiscal Intelligence and Investigation Service (FIOD) for selling microchips to Moscow. The FIOD did not say how this man had come into contact with the Russians.

Little is known about Lykov, whom we see in the picture, being deported from Zaventem Airport. He had previously worked for the Russian diplomatic mission in Geneva.

As usual, the Russian defence attachés work for the GRU as well. Fifty-something-year-old Mikhail Klimuk, son of a laureate Soviet astronaut, is the military attaché in The Netherlands. In that capacity, he frequents receptions and visits the annual commemoration in Amersfoort for Soviet soldiers who lost their lives in World War II.

He is also the rezident, the head of the GRU department at the Embassy. As he is also the contact for the Russian Ministry of Defence for the Dutch Ministry of Defence, he has not been deported. Unlike his assistants Andrey Kolotov (36) and Aleksey Chadin (43). According to the Dossier Center, both took the GRU training programme for military attachés.

Four GRU spies were working at the small commercial representation at Museumplein in The Hague. The commercial attachés working there all lived in an inconspicuous building in the Amsterdam Rivierenbuurt district The commercial representation was a logical cover, according to sources in intelligence, because the GRU is responsible for the procurement of, or collection of knowledge about, technology for the Russian army.

The most striking name is that of the commercial attaché Dmitriy Pichugin (53). At the time of his deportation, he had not yet been in The Netherlands long, and it is unclear why the Russians had sent him to this country in the first place. The fact that, in reality, he is not a commercial attaché, becomes clear from his background: for years, he was a lieutenant colonel with the Moscow criminal investigation service, where he was responsible, among other things, for missing persons. He also worked for an elite unit of the national security service FSB, and served in the Russian army. He was deported because he was allegedly one of the two encryption employees of the GRU in Amsterdam.

The other GRU encryption employee of the GRU in Amsterdam was the commercial attaché Mikhail Milashuk (63). He was the oldest intelligence officer. According to the Dossier Center, he graduated in 1981 from the Military Academy for Radio Electronics. It is unclear what his GRU colleagues, Vadim Eliseev (56), vice head of the commercial representation, and the attaché Boris Mokrov (34) were doing in Amsterdam. Eliseev had previously worked for the Russian representation to the UN in Geneva. According to the Dossier Center, he used to be registered in Moscow under the address “military unit 22177”, a code that stands for the Military Diplomatic Academy of the GRU.